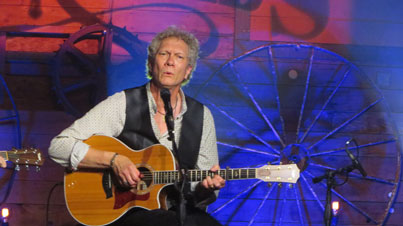 Dennis Warner’s musical career has brought him to all 50 states and beyond. Along the journey, he’s released 11 CD’s, authored “Beads on One String” (now in its Seventh Printing) and performed in concert at the Kennedy Center for the Performing Arts in Washington, D.C.

Warner’s concerts blend serious, thought-provoking songs with lighter, up-tempo material. He is noted for being an entertainer, bringing the audience into the performance with laughter and even a couple of sing-alongs.